The Mystery of the Missing Fruits

This mystery begins with a map (as many good mysteries do). A 1925 Sanborn Map courtesy of Sarasota County Historical Resources to be exact. In case you were wondering (which I am sure you were) Sanborn maps were created in the late 19th and early 20th centuries for fire insurance, Mimi and I were using them to plan an historical tour.

Before we begin this mystery, it is important to note that the street numbering system in downtown Sarasota has changed since these maps were created. What we now call 1st Avenue is 7th Street on these maps.

Now, back to the mystery, in the center of Plate Three of these maps is Guava Avenue. Which got me thinking, what happened to Guava? 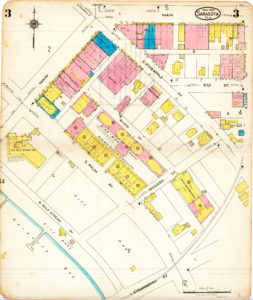 But that was not the only fruit street that was new to me on these maps. On the bottom left of Plate Four there was a Strawberry Avenue! 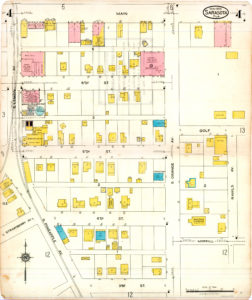 And then one day as I was in the middle of my favorite past time, looking at old newspapers, I found a 1916 Sarasota Times advertisement for the new Mango Avenue Hotel. Does that mean that there was once a Mango Avenue? 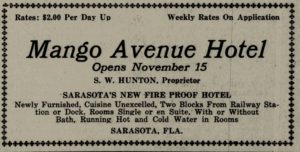 Of course, this caused me to search for an old map with Mango Avenue on it. Thanks to the Manatee County Public Library Historical Digital Collections, I discovered this lovely 1925 map of Sarasota complete with Mango Avenue! (This map also includes Victory Avenue, but that is a post all its own) 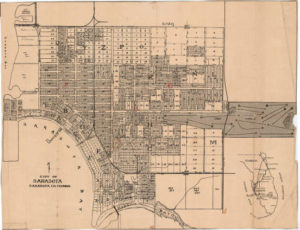 Now I began to wonder, what happened to these sweet street names ? What would cause Sarasota to change the names of Guava, Mango, and Strawberry Avenues?

This is what I found by comparing the old maps to Google Maps:

Guava Avenue became Mira Mar Court. This makes sense because the City of Sarasota was doing all it could to honor Andrew McAnsh and his amazing speed building abilities.

Mango Avenue is now Central Avenue. I couldn’t come up with a logical reason for this change so I had to dig into the newspapers (any excuse to look at old papers). Be prepared because it gets a little fuzzy. 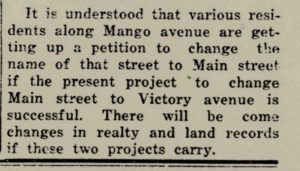 I didn’t find another mention of this until the January 17, 1924 Sarasota Times mentioned ‘Central ave, formally known as Mango ave”. So sometime in between April 1923 and January 1924 Mango Avenue became Central Avenue. But why change it to Central Avenue? Were they upset that they did not get Main and thought Central sounded just as important? And why is it noted as Mango on the 1925 map if it changed by 1924? The missing mango may just remain a mystery! 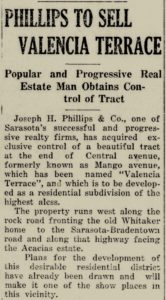 One final interesting twist, during the search I discovered that we have a Banana Place. I thought maybe this was another original street name but on the 1925 maps this was called Park. So in this instance a fruit was created rather than destroyed.