The Ties That Bind

In preparation for an upcoming presentation, I am researching Rose Phillips Wilson. Rose took on the role of editor of the Sarasota Times when her husband C.V.S passed away in 1910 and continued to publish the paper until she sold it in 1923.

At that time simply being a woman newspaper publisher is impressive enough, but Rose used her intellect, skill, and platform to become a force in the suffrage movement and in the creation of Sarasota County. The more I learned about her, the more grateful I became. When I reached the end of her obituary in the October 24, 1964 issue of the Sarasota Herald-Tribune, it listed her final resting place as Manasota Memorial Park. So I decided to pay her a visit.

After a quick search on findagrave.com, I found an image of the grave marker. It did not list a location within the cemetery, but it provided the shape and color of the marker. I assumed that this would be easy to find and invited Mimi along on what I thought was going to be a quick adventure. 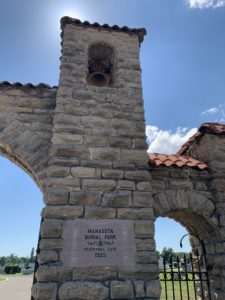 Manasota Memorial Park is a beautiful cemetery with plots that are laid out in curves and circles. After about an hour of attempting to find this grave, Mimi and I took the advice of a local man who was visiting the cemetery and went to the funeral home across the street to inquire about a directory.

In an effort to avoid walking into a memorial service, we went around the back of the building and found a friendly hearse driver named Lee. Lee invited us in and attempted to find someone who would might know the location of Rose’s grave. It was a very busy morning and he was not able to find anyone, but we did learn that there is NO DIRECTORY. Seriously, this cemetery which is the final resting place for many of our local founders such as A.B Edwards, J.H. Lord, and Charles and Edith Ringling does not have a directory. After one final drive around the grounds, we called it a day.

By this point, I was obsessed. There are a finite number of stones and this was a solvable mystery. So I enlisted another friend and headed back the next morning. We created a strategic walking system that enable us to scan each stone section by section (you might say that we left no stone unturned). Our fifth section was laid out in a complete circle with all graves facing out from the center. On a hunch, we walked to the center to begin the scan. We both spotted a marker in the correct shape from behind. I didn’t want to get my hopes up, but I did break into a bit of a run to see the name.

And there it was. The grave for Rose and C.V.S. Wilson. My reaction was much more emotional than I had anticipated. As I sat by her grave I began to thank her for all that she did. I thank her for fighting for women’s rights and proving her intelligence was equal to, and often greater than, men of the day. I felt connected to her. 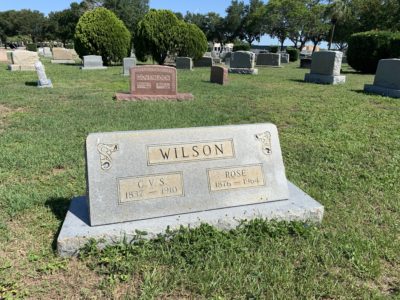 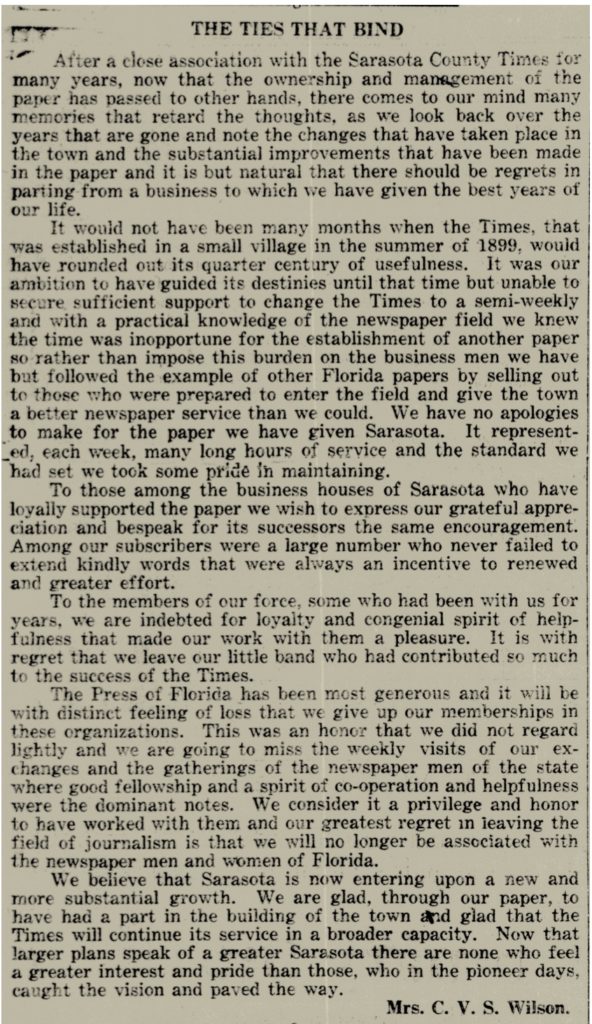 Rose’s final editorial was beautifully titled, “The Ties That Bind”. In the final line she states, “Now that larger plans speak of a greater Sarasota there are none who feel a greater interest and pride than those, who in the pioneer days, caught the vision and paved the way.”

These truly are the shoulders upon which we stand.

If you would like to visit Rose’s grave, enter the Manasota Memorial Park from the entrance on 15th street (the gated main entrance). Park near the Ringling mausoleum (you can not miss it, it’s large and made of pink marble like their mansion). Enter the section to your north (or right). The Wilson’s marker is in the center of that circular section facing south east. 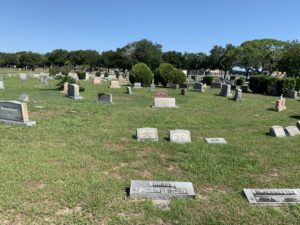