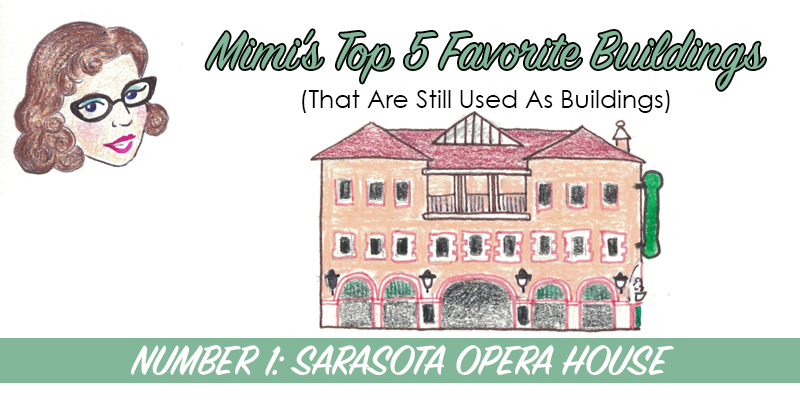 Well dear friends, here it is. My number one most favorite building still being used as a building. Researching, writing, and assembling these posts has been a lovely reminder of how many historic buildings are still around (if you’re willing to pay attention), and it was tricky to narrow the list down and then prioritize. But I think this particular building will always hold a special place in my heart. 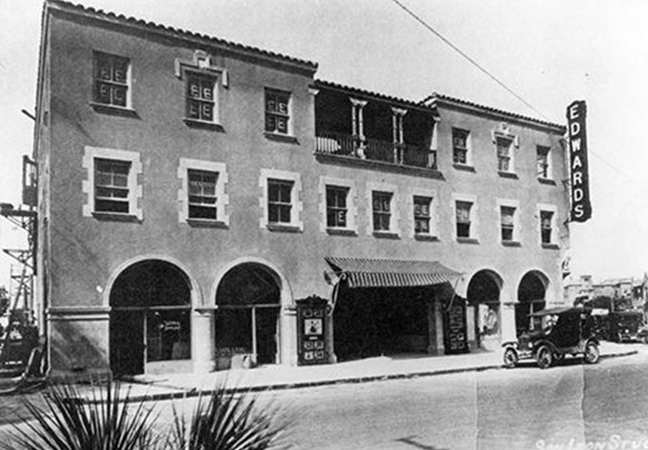 The Sarasota Opera House was originally built by Arthur Britton (A.B.) Edwards as the Edwards Theatre. A true jack-of-all-trades, A.B. Edwards was a true native Sarasotan – he was born in 1874 near Sarasota Bay. Edwards was also was the City’s first mayor, and one of the primary leaders in the creation of Myakka State Park. 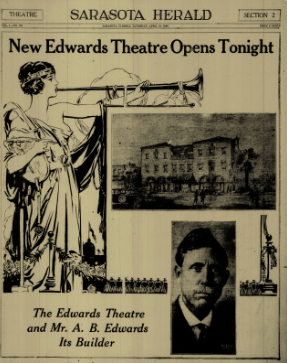 Opened on April 10, 1926, the Edwards Theatre debuted with a dazzling program of music and the film “Skinner’s Dress Suit” starring Reginald Denny and Laura La Plante. Several stores throughout the area placed ads in that day’s paper to offer congratulations and words of appreciation to A.B. for his building of the theatre, including this one by the New York Department Store: “Words of Appreciation – Not Praise are what we wish to convey to the builder of the new Edwards Theatre, Mr. A.B. Edwards. He has truly accomplished a great deal for the city and people of Sarasota, in the construction of such an imposing edifice. Such a theatre has considerably enhanced the social conditions as well as the value of every piece of property in the city.” Truly, the opening of the Edwards Theatre had everyone excited. A crowd of 1500 were in attendance at the grand opening celebration, and the newspaper detailed every immaculate detail of the evening’s event. Even the name of the first child to purchase a ticket to the theatre was published in the paper (it was eight-year-old, Merle Davis, by the way). 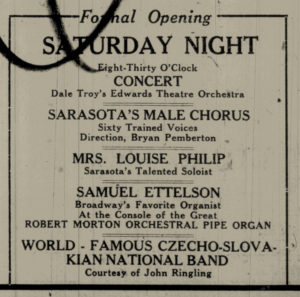 Roy A. Benjamin, a well-known architect from Jacksonville, was selected to design the Edwards Theatre; and with good reason: Benjamin also designed the Palace Theatre and Imperial Theatre – both in Jacksonville (and, sadly, both demolished). The building was designed to be so much more than a theatre. It also included space for 12 businesses, including a jeweler, a candy shop, and Mr. Edwards’ office, as well as furnished apartments.

In 1936, the name of the theatre slowly began to change to “Edwards Florida Theatre”, and later, “Florida Theatre”. In all honesty, I am not certain as to why this was, but my personal theory is that A.B. never really wanted it to be named after him in the first place. According to two different October 1925 articles of the Sarasota Herald, representatives from Universal (the production company the theatre was contracted to purchase films from) wanted the theatre’s name to reflect the owner.

It is well known that the Florida Theatre premiered the 1956 movie “The Greatest Show on Earth” by Cecil DeMille, starring Charleston Heston and Dorothy Lamour. It’s also pretty well known that Elvis Presley performed there the same year (but honestly, where DIDN’T Elvis perform?! That man was everywhere). For me, I delight in thinking about all the less famous musicians, performers, actors, singers, and vaudevillians that have graced the stage of this wonderful building. I also think about the countless audience members that have escaped their daily lives and the Florida heat to enjoy a little entertainment in the cool, dark theatre. 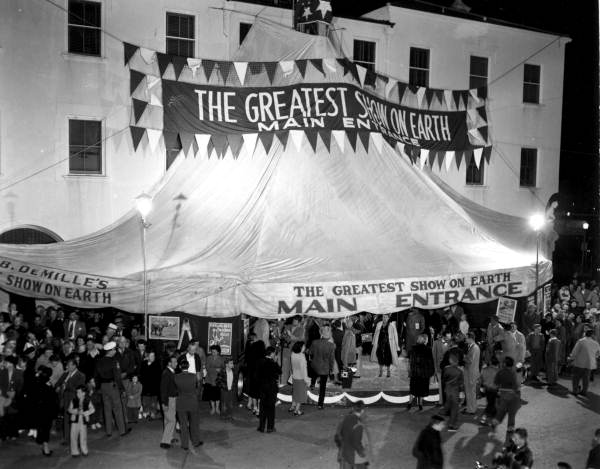 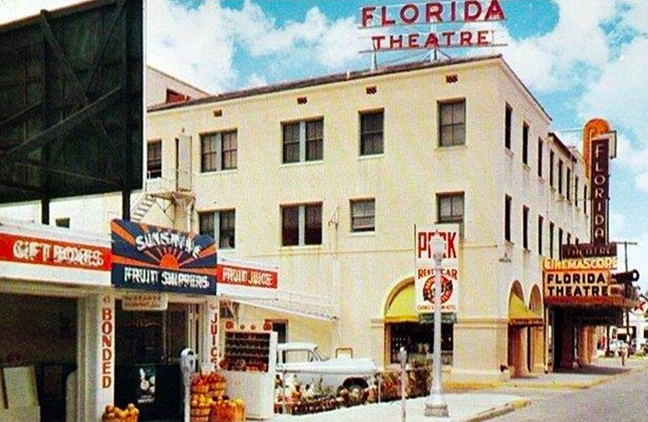 Andrea and Mimi at the Sarasota Opera in 2018 for a Ricky Nelson tribute concert (because we’re cool like that).

The Florida Theatre did close in 1973, and it took another six years before it was purchased and restored by the Asolo Opera Guild (now, Sarasota Opera Association). You can see some pretty cool photos here of the work Willis-Smith Construction did in 2007-2008 to renovate the interior. The backstage area of the Sarasota Opera House is a dizzying maze, and the Rubik’s Cube puzzle of work it takes for each breathtaking show to go off without a hitch is mind-boggling. If you’re 45 or younger, I highly recommend being involved in their Da Capo Society – their young patrons’ group.

Last week, my family enjoyed an evening at the Opera House to see “Young Frankenstein” on the big screen for the summertime Classic Movie series the Opera. The audience was electric (no pun intended) and many sneered the famous one-liners in time with the film. Residents of Sarasota, young and old, gathering together to enjoy some entertainment – as it always was meant to be.